Let the water be your guide 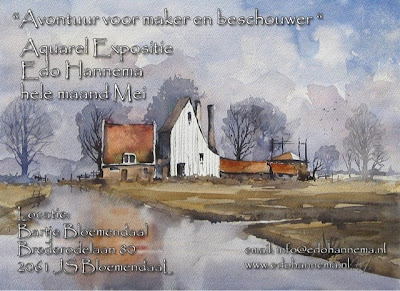 It must be the year 1990, that I bought a video from Mr Wade
My own art was still on a low level in painting skill, and I watch't the video with much admiration for the ease where he painted all sorts of landscapes and figures.
The one from Venice with a great sky was miles away from me to understand how he made this!
You saw it appear, but my own skill was to less to understand what you need to make such watercolor.then he made a painting of a arabian figure, and I was even more lost!
But I watch't this video over and over again, and I must say, I still can't paint these kind of figures.
Its difficult!

But the most shocking thing was on the end of the video, where Robert Wade says you need a strong right hand to make your art better, and i was "huh".
He did held up a for me wonderful watercolor with another figure, wonderfully painted (in my eyes).
Mr Wade explains to the viewer, that this painting didn't work, and it was time to say goodbye to it.
And he teared the painting in four pieces, and thats make your art better he goes on!
I was flabbergasted!
But....now more then twenty years later I looked at my collection of watercolor paintings, and I realized I needed a strong right hand!
I teared up more then 150 watercolors, they were taking up so much space!
I would never show them on my site or on Facebook, and certainly never sell them, or find a buyer.
The ones I did in the very beginning I did keep, just for sentimental reason, just were it al began!

I still have to learn a lot, and that is good, if you don't feel progression in your work, you don't feel satisfied, so challenge yourself every new painting and learn.
But the main thing is, have fun when you paint,
Maybe in ten years I tear up the ones I made this year? 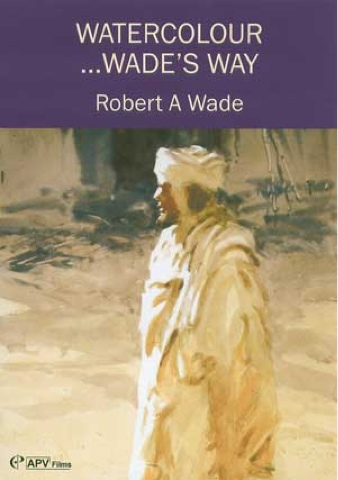 Soft light over the waterways 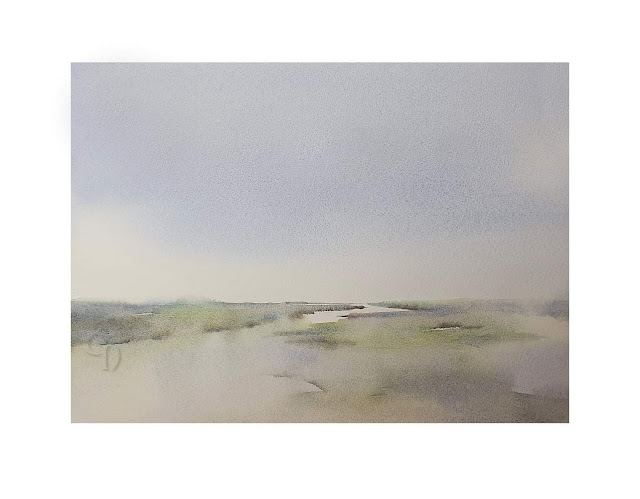 Edo Hannema
My name is Edo Hannema and my paintings are mainly watercolors. I sometimes use other media, but the base is always watercolor. Actually Watercolor is simple. Each painting is just a series of spots on a flat surface. There are many ways of creating stains. You will discover them through experimentation. The real trick is to make the spots in a way, that a other who sees the painting, experience your idea and emotion . Creating a good watercolor, is making beautiful stains, but in the right place! 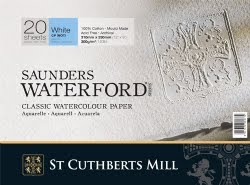